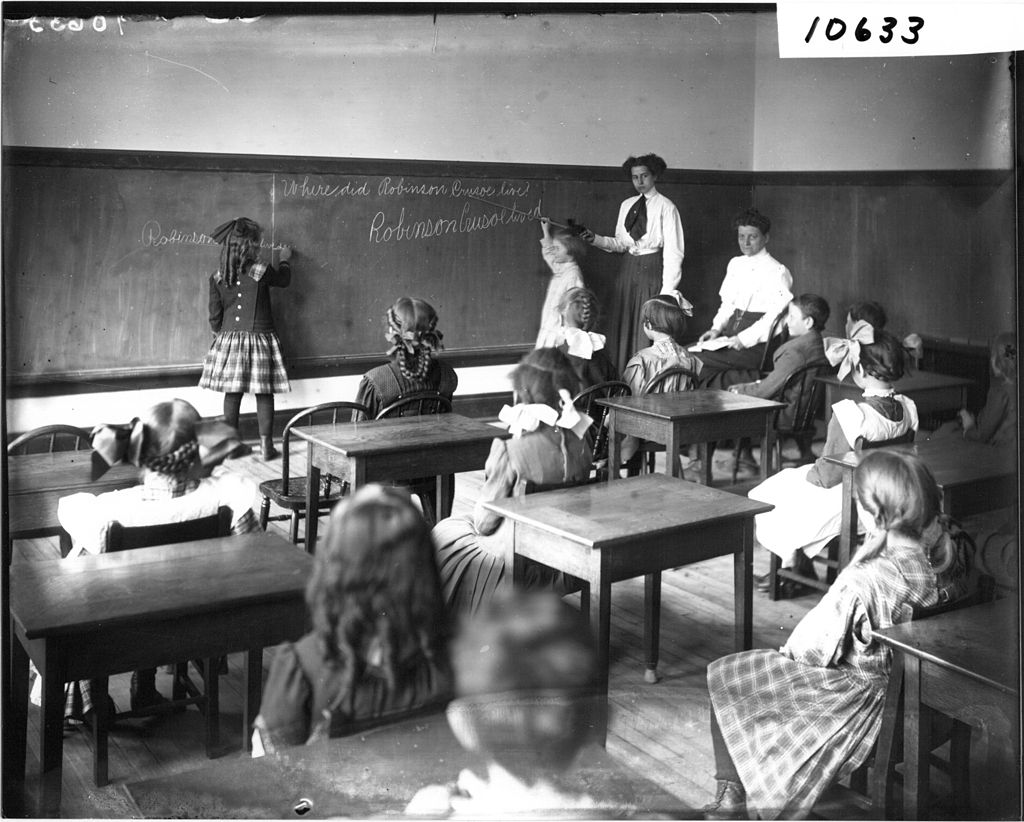 Recently, a 13-year old graph was dusted off and shared widely on social media. That graph (pictured below) was part of a 2006 Brookings Institute report titled, "Identifying Effective Teachers Using Performance on the Job." Authors Robert Gordon, Thomas Kane, and Douglas Staiger argue that teacher effectiveness, in fact, has little to nothing to do with certification. 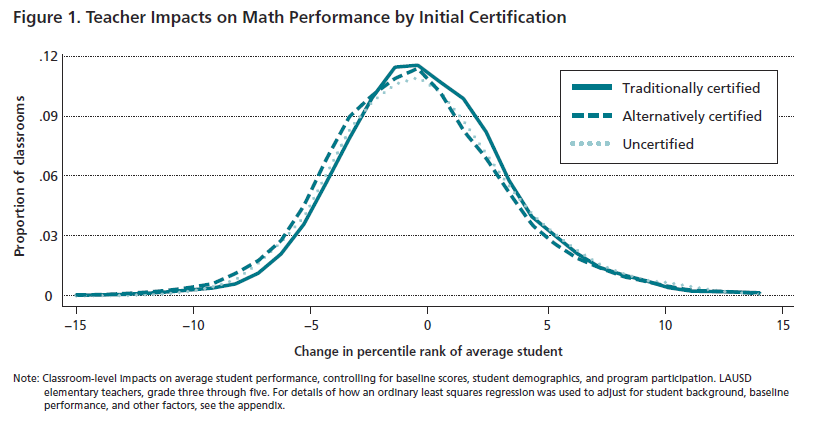 Many critics of school choice will trot out the "uncertified teachers" arrow with the hope of discouraging parents from moving their children out of union-controlled government schools where certification is a requirement. This important research, however, adequately refutes the assertion that uncertified teachers are less effective teachers. As it turns out, the difference in student performance, on the average, is negligible. Uncertified teachers seem to be quite capable of teaching children just as effectively as their certified peers.

How could this be? We've been told for decades that certification is much more than simply a certificate--it is skill with its accompanying credibility. Sadly for certified teachers, the time and money spent adding this to their resumes doesn't do anything to help them teach children. While the certificate may gain teachers credibility, it does not gain them skill. That renders the credibility hollow and false.

Could it be that certification was simply an ill-advised foray into a web of red tape advocated by corporations, unions --to protect their members-- and government? That's a history lesson for another day.

"Over many years, American schools have experimented with various reform strategies, from increasing accountability to reducing class sizes."

The authors argue that none of them have worked. EFI agrees with their assessment.

Advocating for alternatives to certification isn't new, but state governments have not taken action to lift requirements that research has shown do nothing to improve student learning. As a result, teacher certifications are simply unnecessary barriers to a profession that has long struggled to find an adequate supply of labor. Given all of the required inputs for an individual to become a teacher, the outputs just aren't worth it. Further, if tuition-based private schools saw any benefits in teacher certification, we should expect them to require that of their candidates, but they often don't.

Gordon, Kane, and Staiger put forward five recommendations that they claim will begin to move the needle on teacher effectiveness. Recommendation five in the report suggests that student and teacher performance be tracked over time.

"Traditionally, policymakers have tried to raise teacher quality by raising the hurdles for those entering teaching. But our results suggest that those hurdles are often not related to teacher effectiveness. Rather than continuing to focus on teacher credentials, our proposal would build the infrastructure to measure teacher effectiveness on the job and to encourage states and districts to use that information."