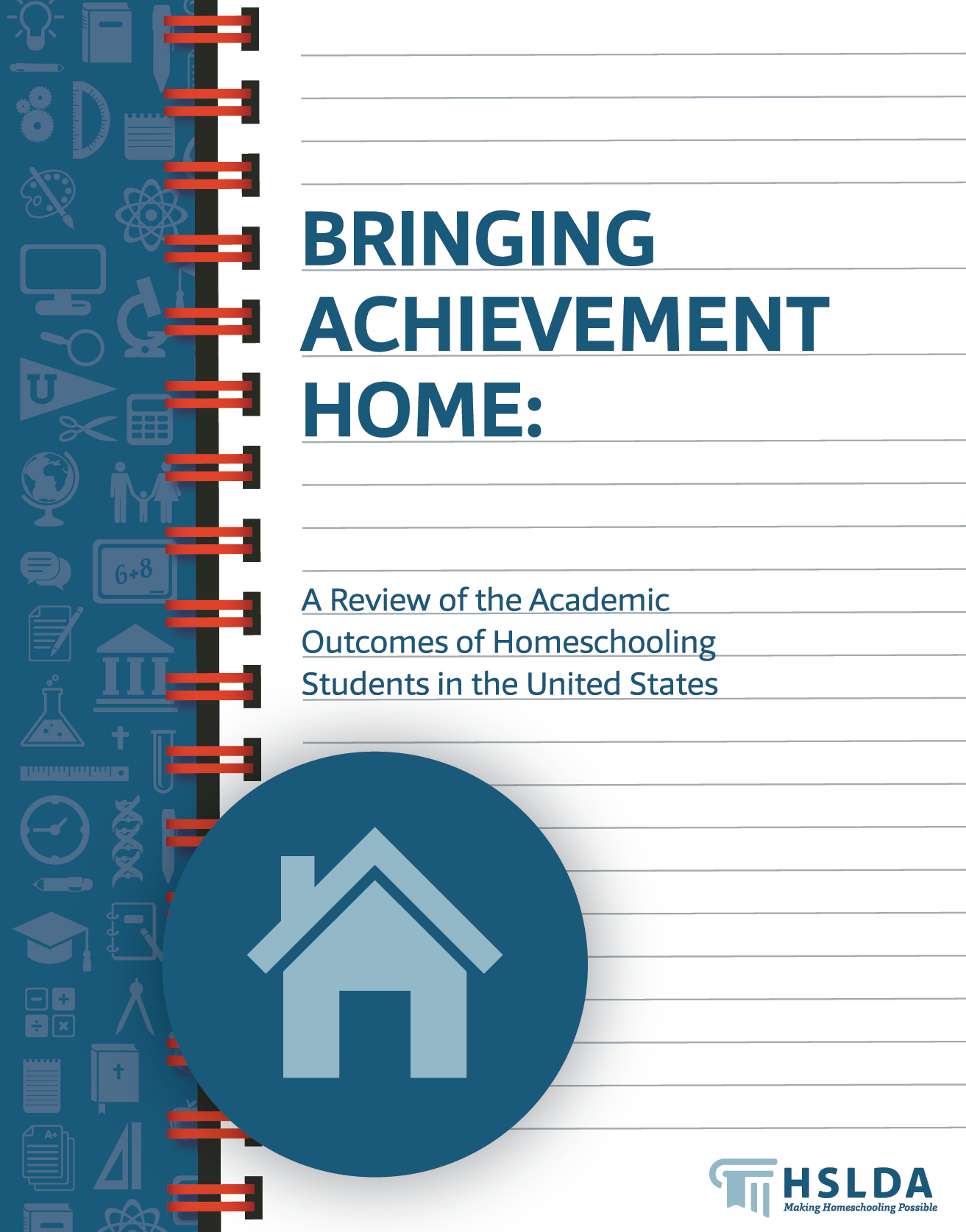 In cooperation with the Homeschool Legal Defense Association, Dr. Lindsey Burke of the Heritage Foundation authored this literature review of "...the academic outcomes of homeschooling students in the United States."

In the May-June issue of the Harvard Magazine, journalist Erin O’Donnell published a piece entitled “The Risks of Homeschooling”, in which she alternated between quoting unsubstantiated assumptions and baseless accusations until, mercifully, the nearly 1000-word hit piece on America’s homeschooling parents concluded. O’Donnell relies exclusively on Harvard Law Professor Elizabeth Bartholet to lend some credibility to her thesis that homeschooling is an existential threat both to children and American democracy.

O’Donnell begins by asserting that between 3% and 4% of school-age children in the United States (In 2016, school age children made up about 23% of the population, a total of about 73.6 million kids) are being homeschooled, equating to roughly 2-3 million kids. “Yet”, writes Ms. O’Donnell, “Elizabeth Bartholet, Wasserstein Public Interest Professor of Law and faculty director of the Law School’s Child Advocacy Program, sees risks for children—and society—in homeschooling, and recommends a presumptive ban on the practice. Bartholet goes on to say that homeschooling not only violates children’s right to a “meaningful education” and their right to be protected from child abuse (an implication that homeschooled children are at higher risk of child abuse presented without evidence or substantiation), but it also may [my emphasis] keep them from contributing positively to a democratic society. One wonders what other factors Professor Bartholet believes may keep children from contributing positively to a democratic society so that we may presumptively ban them as well.

Bartholet further asserts that a largely unregulated regime in the area of homeschooling “means, effectively, that people can homeschool who’ve never gone to school themselves, who don’t read or write themselves.” Bartholet makes this assertion, again, absent any evidence that a significant or even statistically relevant portion of parents who homeschool their children are illiterate. In fact, Dr. Brian Ray of the National Home Education Research Institute (NHERI) contends that the home-educated typically score 15 to 30 percentile points above public school students, and in particular black homeschool typically score 23 to 42 percentile points above black public school students, regardless of parents’ level of formal education or income.

O’Donnell then adds to Bartholet’s assertion, “In another handful of states, parents are not required to register their children as homeschooled; they can simply keep their kids at home.” O’Donnell implies not only that parents are unaware of what is best for their child, but that they are actively working to undermine their children by effectively imprisoning them at home.

Bartholet says that “this practice” (presumably referring to homeschooling, though the shoddy writing taught to her, no doubt, by an ostensibly qualified teacher makes it difficult to discern) can isolate children. Again, she makes this assertion absent any evidence to substantiate the likelihood that homeschooling isolates children. In fact, NHERI claims that the home-educated typically perform above average on measures of social, emotional, and psychological development (research measures include peer interaction, self-concept, leadership skills, family cohesion, participation in community service, and self-esteem.) If Ms. Bartholet is suggesting that homeschooling isolates children, she would do well to make the affirmative case and support that suggestion, rather than using empty and vacuous intimations that homeschooling “may” isolate children.

Bartholet then points to Tara Westover’s memoir Educated as an example of the dangers of homeschooling. Westover is the daughter of Idaho survivalists who never sent their children to school. Though she concedes that Westover learned to read, she stresses that she was forced to work in her father’s scrap business and endured abuse by an older brother. Bartholet does not see the book as an isolated case of a family that slipped through the cracks, but as “what can happen under the system in effect in most of the nation.” Again, Bartholet relies heavily on innuendo and implication, suggesting that this “can” happen anywhere, and thus that we “should” enact a presumptive ban. However, this is Bartholet’s only concrete example in a nearly 1000 word essay of a child harmed by homeschooling. Meanwhile, a 2004 study by the Department of Education synthesized existing literature on sexual misconduct engaged in by educators against students. It found that the most accurate data available at the time came from the American Association of University Women (AAUW) and suggested that 9.6% of students are targets of educator sexual misconduct sometimes during their school career. In other words, according to the Department of Education, more than twice the percentage of total homeschoolers in the United States have been targets of sexual misconduct at the hands of regulated school educators. Perhaps if Ms. Bartholet had found time for a quick Google search, and if her true aim was to curb the abuse she imagines is so prevalent in the home, she would have called for a presumptive ban on public schooling rather than homeschooling.

Professor Bartholet then gets to the heart of her argument against homeschooling. She claims that parents choose homeschooling for a number of reasons, including protecting their child from bullying, or failing schools in their area. She continues, “But [signaling a contradiction where none exists] surveys of homeschoolers show that a majority of such families (by some estimates, up to 90 percent) are driven by conservative Christian beliefs and seek to remove their children from mainstream culture.” Ms. Bartholet could have saved us all valuable time and effort if she had merely acknowledged from the outset that her opposition to homeschooling was a thinly veiled contempt for conservative Christians.

Bartholet goes on to note that some of these parents are “extreme religious ideologues” who question science and promote female subservience and white supremacy. Truthfully, this accusation is simply too ridiculous to engage in an intellectual rebuttal. Similarly unfounded assertions about Prof. Bartholet would be ignorant and uncivil, but would, by her (lack of) reasoning, warrant a presumptive ban on Harvard Law professors.

She concludes by saying that homeschooling will destroy American democracy and that, actually, it is the government who has the right to educate children, and not parents who have the right to dictate how their children are educated. She engages in truly hilarious projection, saying “I think it’s always dangerous to put powerful people in charge of the powerless, and to give the powerful ones total authority.” Meanwhile, Ms. Bartholet, a Harvard professor with immediate access to the halls of power, advocates banning the one refuge maintained by powerless parents against a powerful government education system—the right to educate their children as they believe will be in the children’s best interest. In sum, Professor Bartholet engages in the same baseless accusations, elitist ridicule, and pompous lack of intellectual rigor that have become so inextricably associated with our modern elite universities. One hopes that she can learn a lesson from the average child of home education on the values of empiricism and tolerance of a way of life she so clearly does not understand.

Nicolas Briscoe is a student at University of Miami Law School